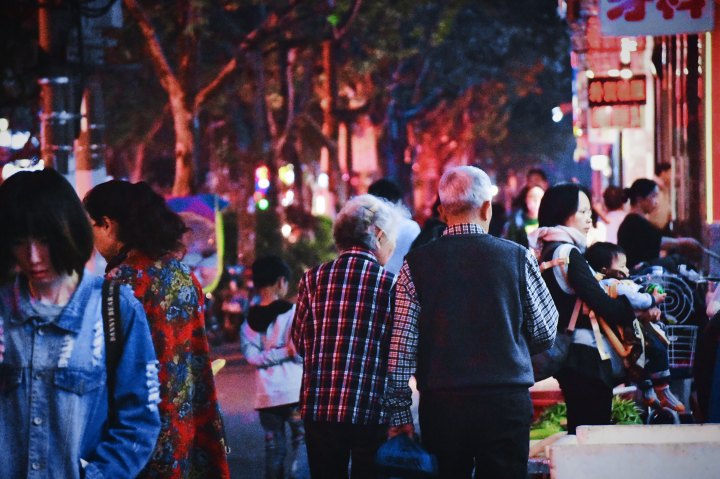 “Let not the wise man boast of his wisdom or the strong man boast of his strength or the rich man boast of his riches, but let him who boasts boast about this: that He understands and knows me, that I am the Lord, who exercises kindness, justice and righteousness on earth for in these I delight.”  Jeremiah 9-23,24

I want to center in on the word kindness which is the fifth fruit of the Spirit.  The Greek word is chrestotes which means “tender concern for others, a genuine desire to treat others gently, just as the Lord treats us.” I think it is important here to realize that in our flesh this is impossible but because of the Holy Spirit we can know how He shows us this attribute and gives us His power to show it to others.

In August of 2002, we as a family left America to go to China to teach English and hopefully start a school.  We were employed by a university and started a new phase of life with our two daughters.  My husband had been in education for 25 years and I also was a teacher.  Our oldest daughter had been going to China for summer camps and now had finished college. Our fifteen year old daughter was also with us.  We left three sons in America, two in university and one a teacher.  We had been extremely busy with extra part time jobs, church and a large family plus my Mother also lived with us.  The change in life style was unbelievable, small apartment and teaching responsibility of around 25 hours a week. I had so much free time that I didn’t know what to do.  I realized very quickly that I now had time to do the things that I had always said I couldn’t because of my busy schedule and large family. This is when I realized that my relationship with Jesus was one of studying to teach a Bible class or Sunday school and I had even prayed “Lord, you know how busy I am” so my prayer life was that shallow.  There was no church, no friends, I didn’t speak the language and basically there was nothing the same.  I found myself for the first time in years actually bored.  It was at this time that the Holy Spirit drew me to Himself and showed me His love for me even though I had been too busy for Him in America.  I was so broken at how I had rationalized that I love Him but my heart was not tender toward Him.  I asked Him for forgiveness for the sin of apathy and also asked Him how I got to that place. It was then that I experience His kindness to me in a way that broke my heart but made me immediately want to be close to Him again.  He showed me bitterness that I had held on to for years and other sins that I needed to confess.  He did this so kindly that I wasn’t destroyed but challenged to make those things right.  I looked in scripture at examples of Him doing this for others.  The first was in Genesis 21, the story of Hagar.  In verse 17 it says,

“And God heard the voice of the boy, and the angel of God called to Hagar from heaven and said to her, “What troubles you, Hagar? Fear not for God has heard the voice of the boy where he is. Vs. 19 Then God opened her eyes, and she saw a well of water.  And she went and filled the skin with water and gave the boy a drink. Vs.20 and God was with the boy, and he grew up.” His kindness toward her was when he opened her eyes to Him.  His compassion for her situation was shown by His love for her that gave her strength to trust in Him.  Hagar was a victim, but  Hosea chapter 11  talks about the Lord’s love for Israel. The more they were called the more they went away.  In verse 3 and 4

“Yet it was I who taught Ephraim to walk: I took them up by their arms, but they did not know that I healed them. I led them with cords of kindness with the bands of love, and I became to them as one who eases the yoke on their jaws.”  I was now aware that it was those cords of kindness that I had felt because of His great love and forgiveness. He was healing my hard heart and giving me a love not only for Him but for the Chinese people.

It is now sixteen years later, I could fill pages and pages of how the Lord has continued to show His kindness toward me.  After five years, we were finally able to start a school and a church.  What a blessing to watch Him work and lead us and see that this kindness is exactly what every one of us is looking for in a relationship. We are able to share with others how His kindness is shown to us and all we need to do is look for it and realize it pleases Him to take care of us.  He is our Heavenly Father who loved us first and desires us to walk according to His ways and even when we sin and disappoint Him there is no condemnation but correction and a desire to walk in His Spirit.  The school was growing and there were many times we needed to trust that we were doing His will and that He was the One that was in control of all the different situations that come when you do business in China.  In 2014, all five of our children and their families were working here in the ministry for the first time.  Our friends, the Boeckmans, had also joined us here and that was something that I could not believe was happening to me, Angela my neighbor and coworker here.  I had semi retired and was able to do more teaching of the Bible and enjoying eight grandchildren that now were living here.  It was December when I went for my annual physical and found out that I needed a valve replacement in my heart.  I had no symptoms but the doctor said he was sure that I would need open heart surgery in the future.  Two weeks later our daughter had a baby at 29 weeks. While she was in the hospital I went for another checkup and found out I had a tumor that was cancerous in my colon. This was a time I felt “What is happening to me?”  I did say “why me?”and then I listened to a sermon and the preacher said instead of asking “why me?”, ask “why not me?”. This was when I knew I would know Him in a different way than ever before.  The surgery was scheduled for January 14th.  All of my children and Angela were at the hospital and afterwards I found out that I would have to have radiation treatments next.  All of our friends here of course knew that my life had taken a drastic turn and my health was now a new issue.  It was during this time that several people asked me “Why are all these bad things happening to you?”  It was in this question that once again I felt the kindness of the Great Physician.  My heart was at peace because I knew no matter what happened I was His and everything that was happening was to bring me closer to Him and to know Him in a deeper way.  I was weak but He would be my strength. The peace that I felt was a testimony to the fruit of the Spirit that is a gift for us to claim and rejoice in no matter what the situation.  It was very important for our Chinese friends to know that He is not Santa Claus that gives us everything we want but is our Lord and Savior that teaches us to trust and put our faith in the fact that He is sovereign and in control of all things.  The next summer I had open heart surgery and praise His name I am now cancer free!

My husband and I chose a familiar verse when we got married as our life verse.  It is Proverbs 3:5 and 6. “Trust in the Lord with all your heart and lean not on your own understanding. In all of your ways acknowledge Him and He will direct your path.” Things are changing every day in China and we know that the Lord called us here and it has been a pleasure to live here for these years.  It has not been always easy but it has been good.  We have had the privilege of longevity of ministry and seeing Chinese that have come to know Jesus and love Him with all their hearts. It is God’s always present kindness that has sustained us and given us strength through both the trials and the blessings.

For All the King’s Daughters is a collective of almost 30 women whose purpose is to encourage other women through writing about life’s struggles and victories in light of the perfect Word of God. We represent women from more than seven countries and four continents. We want to promote wholeness in every woman regardless of language, station, cultural background or stage of life with the fullness found only in a relationship with Jesus.

Check Out These Other Posts